Instagram, one of the hottest and most popular social networking sites today, has introduced a new Instagram feature that provides millions of its users with a new way to send photo and video messages to their friends. The company launches Instagram Direct, which is touted as a viable alternative to Snapchat. The announcement was made just a few weeks after Snapchat refused a 3-billion US dollar offer from Facebook to acquire the messaging service.

Now, the Facebook-backed Instagram has set its sights on the messaging market with its introduction of Instagram Direct. Instagram Direct basically allows users to send photos and videos directly to their followers of choice. However, the image or video that is being sent won’t be shared on their feed.

According to Instragram’s official blog, users will be able to determine who has seen their photo or video after sending it. Users can also identify who has liked it and read their recipients’ comments in real time as the conversation unfolds. In case a user has received photos and videos from people he (or she) is currently following, they will appear immediately. If someone he’s not following on Instagram sends him a photo or video, it will go to his requests so he can decide if he wants to look at it or not.

Many experts believe that Instagram Direct can be a huge help for brands and businesses that use content marketing as a primary tool when it comes to attracting customers and followers. According to Murray Newlands of Search Engine Journal, Instagram Direct provides users with a “brand new, hyper-focused means of marketing that has the ability to really strengthen the relationship between advertisers and consumers.”

He added that Instagram’s latest offering can help promote better interaction between businesses and their target market. And although businesses and advertisers can do the same thing with Facebook, Instagram Direct enables them to take a more personalised approach when it comes to mingling with customers and followers. It is because unlike Facebook, Instagram Direct allows them to interact one on one with their prospects and existing customers.

Meanwhile, Instagram’s latest offering has already attracted the attention of some of the most notable brands in the world just less than 24 hours after its release. GAP, for instance, has used Instagram Direct to run a contest in which its followers were asked to send photo messages to the clothing company. It is believed that more brands, companies, and advertisers are expected to use Instagram Direct in the weeks to come.

Our SEO packages are designed to drive traffic to your website or local business so be prepared to get more calls, emails, enquiries, and sales. While they are certainly more economical and cost-effective than those offered by the competition, they are just as powerful or even better. 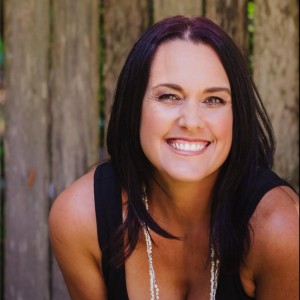 Kristy Smith is the energetic Founder, Director & Driver of Virtual Elves, a business that helps you feel in control, well educated and understanding of how to work with a Virtual Assistant, among other things! She loves the water, is a mean cook and loves being social! Connect with Kristy on Facebook